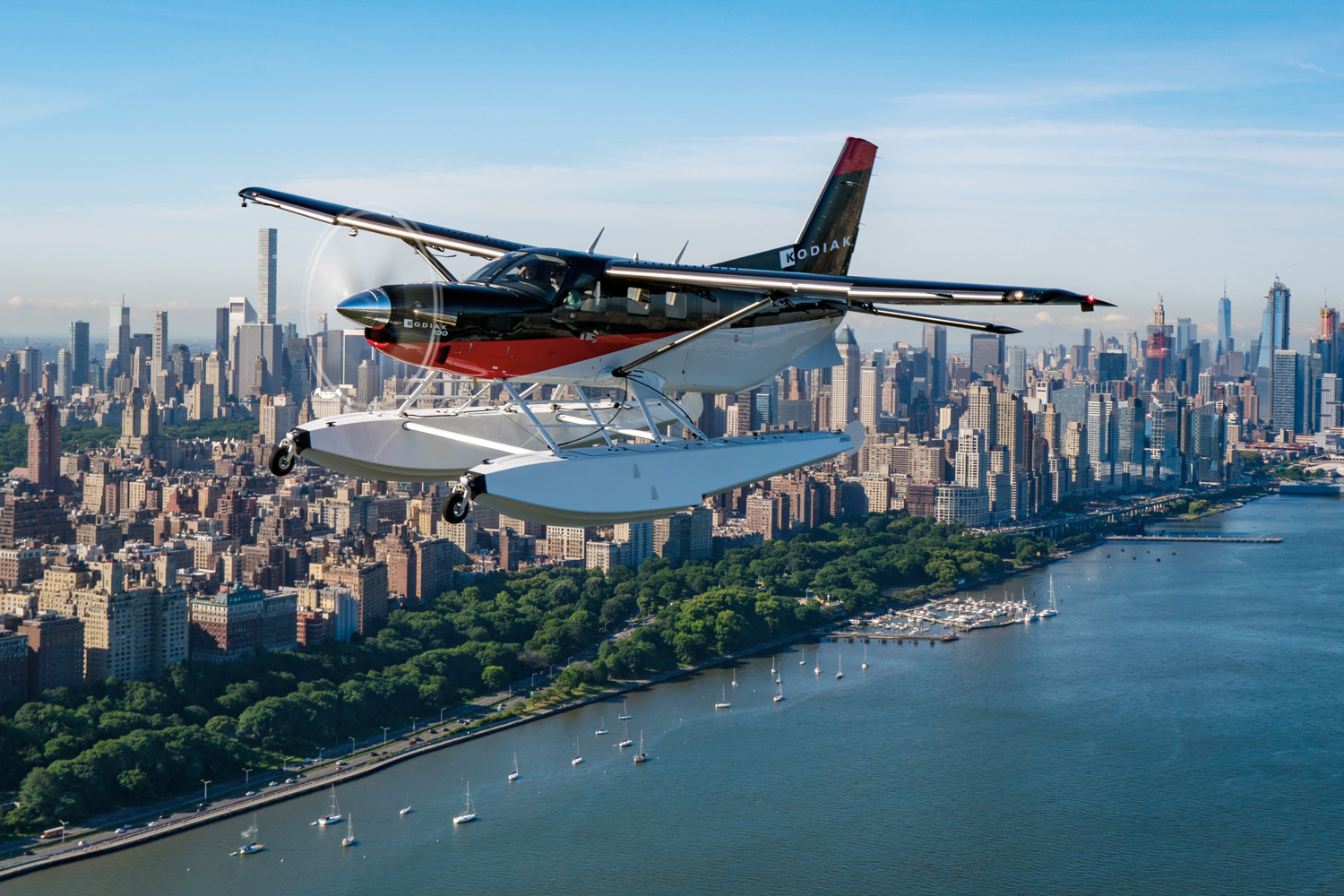 
I was born in Atteridgeville Township in Pretoria however I have appreciated growing up all over South Africa, specifically Grahamstown, where I completed my education. During my 9th grade year, the national flagship airline South African Airways (SAA) came to create awareness and increase the number of potential scholars applying for the SAA Cadet Pilot Program. I was fifteen at the time and until then I had never thought of aviation as a career option, but from that day onward I could not imagine myself doing anything else. As the years passed, aviation developed from an intriguing interest to a passion and dream. In Grade 11 I used my job shadowing assignment as an opportunity to find out more on the career and interned at a small airport in Durban. This experience served as increased motivation for me to work hard in my matric year, ensuring I gave myself the best possible opportunity at pursuing my dream.

Initially my parents were not keen on aviation as a career and advised that I apply for a university degree to ensure that I had something to fall-back on. Out of respect for my parents’ wishes I pursued a Bachelor of Commerce Degree at Rhodes University. I then went onto pursue my Honours in Information Systems at the University of the Witwatersrand (Wits) part-time whilst working full-time for an Information Technology (IT) company as an IT programmer.

I discovered a year into my Honours Degree that IT has never been and will never be my passion. I resolved that I would find a way to transition into a career I was passionate about. Soon after graduating from Wits I received an opportunity to work as an Executive Assistant for the Chief Executive Officer of UTi Logistics Africa. The role of Executive Assistant was ideal as it provided me with business exposure across all departments at a highly strategic and executive level. My boss was an incredible leader and after 18 months in this position, he began challenging me regarding my future career plans. I realised that after all my studies and 5 years work experience in corporate South Africa my dream was still to become a Commercial Pilot and to my surprise he encouraged me to go for it!

The first hurdle in my aviation journey was funding as flight training is extremely expensive. I applied for as many bursaries as I could and was seemingly unsuccessful. Determined to pursue my dream I decided that I would fly part-time, while pursuing a career in IT professionally as that was the most viable revenue stream to fund my flying. It was only after this decision that I received news that one of my applications had been successful. The government awarded me the funding I required for flight school! As a result resigned and committed myself fully to flying. Coincidentally the flight school I had chosen had been awarded the South African Express Airways (SAX) cadet pilot programme. The goal of the SAX cadet pilot programme was to train and employ previously disadvantaged individuals, thus increasing the representation of black pilots in the South African Aviation Industry. Unfortunately the females selected for this program were not successful in their flight training and since I had shown good progress SAX showed interest in me and which led to me being absorbed into their cadet pilot program. This not only meant all my flight training was paid for, but also meant that I had a secure job as an airline pilot for SAX once I qualified.

I treasured this opportunity, grabbed it with both hands and worked as hard as I possibly could. Within 18 months of flight training I qualified as a Commercial Pilot, and thereafter a Flight Instructor. I then went on to instruct at the flight school and qualified as a Grade II Flight Instructor. It was an incredible journey that required sincere passion, commitment, determination and hard work. The practical flying and theoretical exams were challenging but I was determined to succeed and kept the vision of becoming an airline pilot at the forefront of my mind. Eventually the time came for me to join SAX as a First Officer and I was extremely nervous and excited. The cadets who went before me were successful so I sincerely looked forward to joining them and being immersed in airline flying.

Upon joining an airline there is a rigorous training program you undergo in order to qualify to fly the airline’s fleet. I was diligent and thorough in my preparation for each step of my training, which translated into success as I graduated each step of the process successfully. As I was reaching the end of the training process, things started to fall apart. During practical flight training I battled to land the aircraft consistently. Despite this being the only portion of my flying I had to perfect, the decision was made to terminate my contract after my final flight test. I was in complete shock as I had a strong start and had such a disappointing finish. I spent the following months reflecting on what had happened. I believe my biggest mistake was to focus on the negative feedback regarding my landings, as opposed to the positive feedback I had received during my training. Overthinking and focussing on that one aspect resulted in anxiety and stress developing during that portion of my flight, and I fulfilled my own prophesy that I would not be able to master my landings within the given time frame. Fortunately the cadet pilot manager who had absorbed me into the SAX cadet pilot program believed that I still had what it took to become a great pilot and encouraged me to keep going. Due to her support it was not long before I received a training opportunity on the Embraer 120 which led to me being employed as a First Officer at National Airways Corporation (NAC). All throughout my training for this opportunity I applied the principles that had been engrained in me before; the only difference this time is that I decided to enjoy the process. Instead of beating myself up for any mistakes I made during a flight, I noted them as learning points. In addition to flying I registered to study Psychology as a third major part-time at Wits University. Psychology fascinated me and I thoroughly enjoyed my studies. I applied myself fully and maintained an excellent academic record for first, second and third year for all the courses I took.

Shortly after my first tour on the Embraer 120, I received the opportunity to do my rating on the Beechcraft 1900 at NAC and join the 1900 fleet. NAC posted me in Kabul Afghanistan which was an amazing and challenging environment. I was paired with incredible captains who showed confidence in my abilities and encouraged me to grow as a pilot. One captain in particular was instrumental in helping me build my confidence which transformed me inside and outside the cockpit. After 2 years of flying contract in Afghanistan I received the opportunity to join NAC’s air ambulance team and have recently completed my type rating on the Learjet 35. I am eagerly awaiting my first medical evacuation flight and the opportunity to learn from the experienced captains and team I will be working with. NAC has been instrumental in my career and personal development. The management team have shown the utmost faith in my abilities and provided me with opportunities that have developed my skills as a pilot. I have truly felt a part of the team, and an equal among my peers which has not been the experience of many women – let alone black women – in aviation. The aviation industry, particularly Flight Operations is in dire need of female representation. Working for NAC has given me hope that opportunities which encourage and develop young women and women of colour, in an environment that is conducive to learning will be increasingly available in future.

Going forward my long-term goal is to become an airline training captain. I believe that there is room for improvement in the way airline training is done. I also believe I have a unique skillset to assist a student not only with the practical aspects of flying, but also the psychological aspects of training that can be incredibly stressful. There are very few female pilots, let alone female training captains and I would like to be someone who other females can identify with. I also hope that my journey encourages more women to pursue careers in male dominated industries and forge forward despite the challenges. In addition to becoming a training Captain, I aim to qualify as an Aviation Psychologist and provide support to pilots battling with mental health issues in a way that makes them feel safe. Despite the enormous pressure pilot’s face, they rarely seek help with mental health issues due to a fear of losing their medical licence and thus livelihood.

One of my favourite quotes states “do not judge me by my successes, judge me by how many times I fell down and got back up again”~ Nelson Mandela. My biggest lesson from my experiences in life is that failure is inevitable. It is not the easy feats that create and build character, but the failures and setbacks that show you who you truly are. I have learnt to take responsibility for my thinking and actions, no matter how unfair a situation may seem and that I always have the choice to learn, try again and improve. In hindsight what seemed to be my biggest failure, was in fact my biggest blessing as it led me to a company that supports the development and growth of their pilots and female pilots specifically.